It’s a tricky one today, but I’m hoping that drawing on my adventures from this weekend will bag me at least one point in today’s 30 Days challenge.

We want you to find an event in your area, attending and tell them you are playing #30Days30Ways.

2 Pt:   Share a photo of yourself at a Preparedness Event

5 Pts:   Can’t find an event during the month of Sept in your area?  How about create your own?

Whilst I’m attending a whole host of work related events and meetings, they don’t really fit the bill of what this task requires. In fact, resilience occupies a position so far down the political agenda in the UK that I’m only aware of two community based events where it’s even been a consideration in the last 4 years! The notion of an emergency preparedness fair is something which hasn’t yet made the transition across the Atlantic (although I’m pitching London Flood Week to colleagues on Friday!)

Yesterday I attended the Battersea Dogs and Cats Home Annual Reunion – an event which brings together (primarily) dogs that have been re-homed by the charity which was founded in 1860. Whilst not specifically a preparedness event I mention it for two reasons

Sadly I didn’t realise the task was to promote the campaign at an event or I would have mentioned it to some of the people I spoke to!

Also, here’s a photo of a dog that I loved – he looks like he’s pretty resilient! 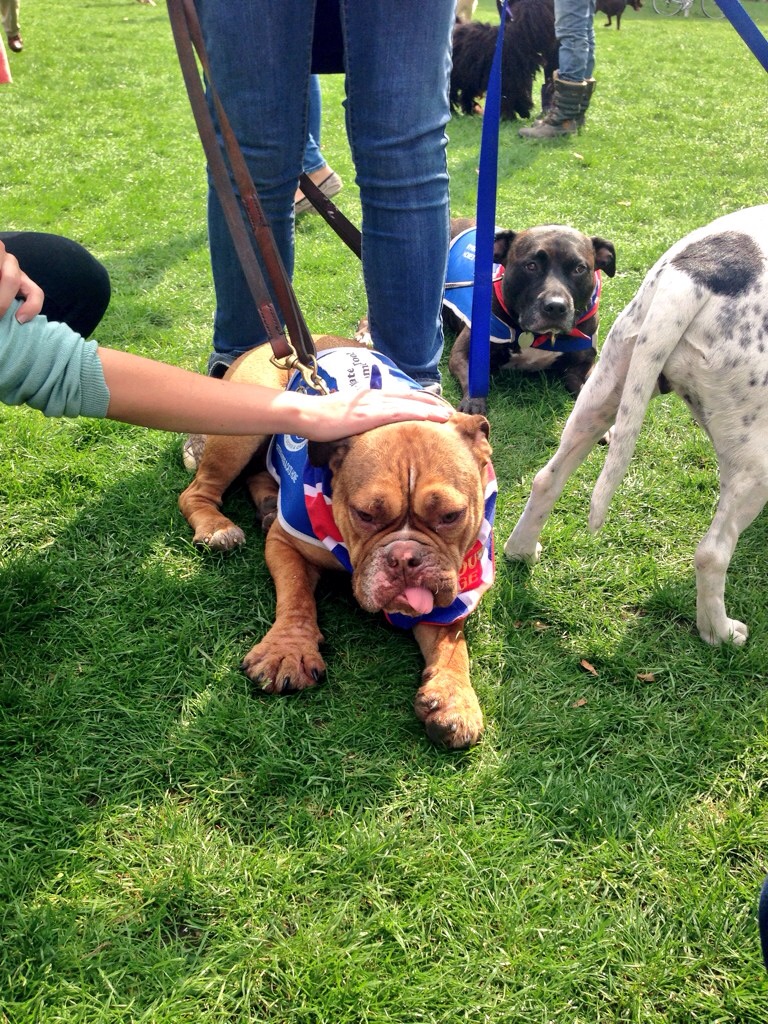