A lot of the time transport in London is fantastic. However, sometimes it’s like someone is conspiring against you. That’s what happened to me last Friday when we decided to grace Bone Daddies with our patronage for the third instalment of Ramen Resolutions. 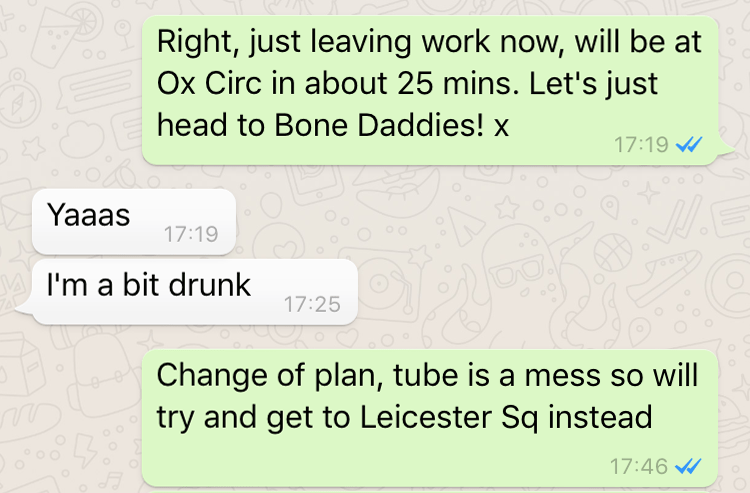 I decided to take a ‘short cut’ through Chinatown, but got caught up in lingering Chinese New Year celebrations. I finally rocked up at the Peter Street branch around 25 minutes late.

We managed to throughly confuse not one, but four of the staff with our drinks order! But the Dewa Oka sake that arrived was delicious – almost melon’y. This sake is credited with being the reason sake appears on menus outside of Japan – it’s drinkable and affordable.

Having already eaten here before, I knew that I’d be ordering the Korean fried chicken wings (they are crazy good), Adam opted for the similar-but-different sticky pig bones. 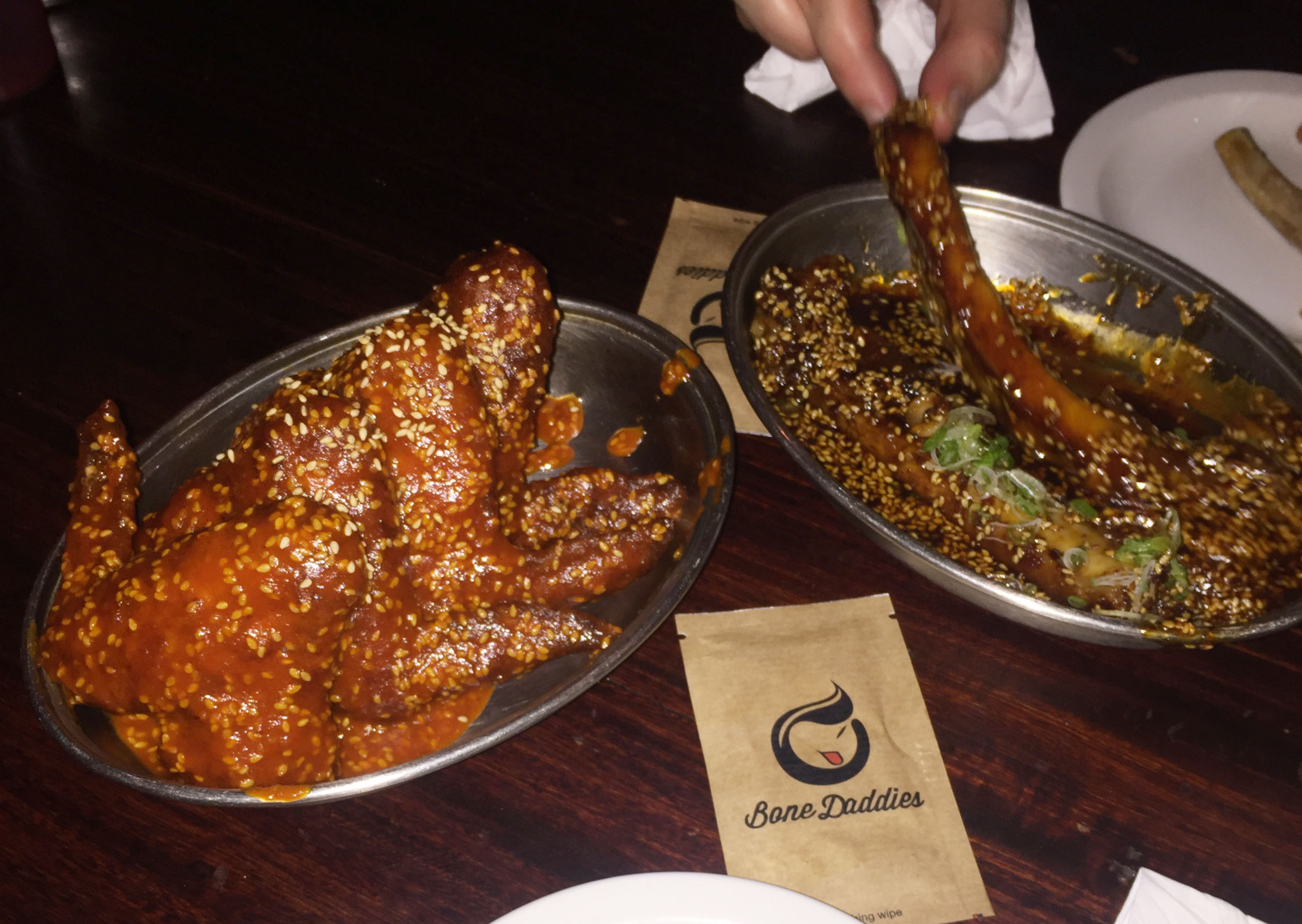 After just one chicken wing my noodles arrived. I don’t mind this usually, but did feel a little pressured to ‘eat and go’ in comparison with the more relaxed settings in previous posts.

I had chosen the T-22 based on the presence of ‘cock scratchings’ (and a chicken-based broth rather than more traditional pork based). You can see the cock scratchings in the centre of the bottom bowl – little fried bits of crispy chicken, which function a little like popping-candy when mixed into the soup. I think my favourite part of the ramen was the marinated egg, which was just soft enough and salty.

Overall, it came in at just over £32 each, which makes it the most expensive so far. I’m beginning to feel that my search for tasty but cheap ramen like we had in Japan will end in disappointment.

It’s communal seating, rock music and punch-you-in-the-face flavours, rather than authentic Japanese tranquility and respect for the ramen (see previous post). I can see why purists wouldn’t be a fan, but I give it RAMEN (or 4 out of 5).

I got the Bone Daddies cookbook for Christmas. I’m yet to try anything, but fully intend to master those wings!!