Confession: This is not actually a ramen review.

It should have been, but we panic-chose where we were eating and assumed (incorrectly) that an asian resturant in trendy Brixton Village would be purveyors of ramen-y goodness. We had spotted a free table, which at 7.30pm in London is not insignificant, so we plopped ourselves down before we had really studied the menu.

Instead, Mamalan is full on Chinese. We’d already gotten this far, and needed to be at a friends house soon, so we ordered the closest equivalent – noodle soup.

Obviously we also ordered a starter (and I think my new thing is getting a starter to share that I don’t fell quite so full afterwards).

The mama wings were spicy and tangy, with juts the right amount of heat for me. There was a strange vinegar on the table and we whacked a bit of that on too. 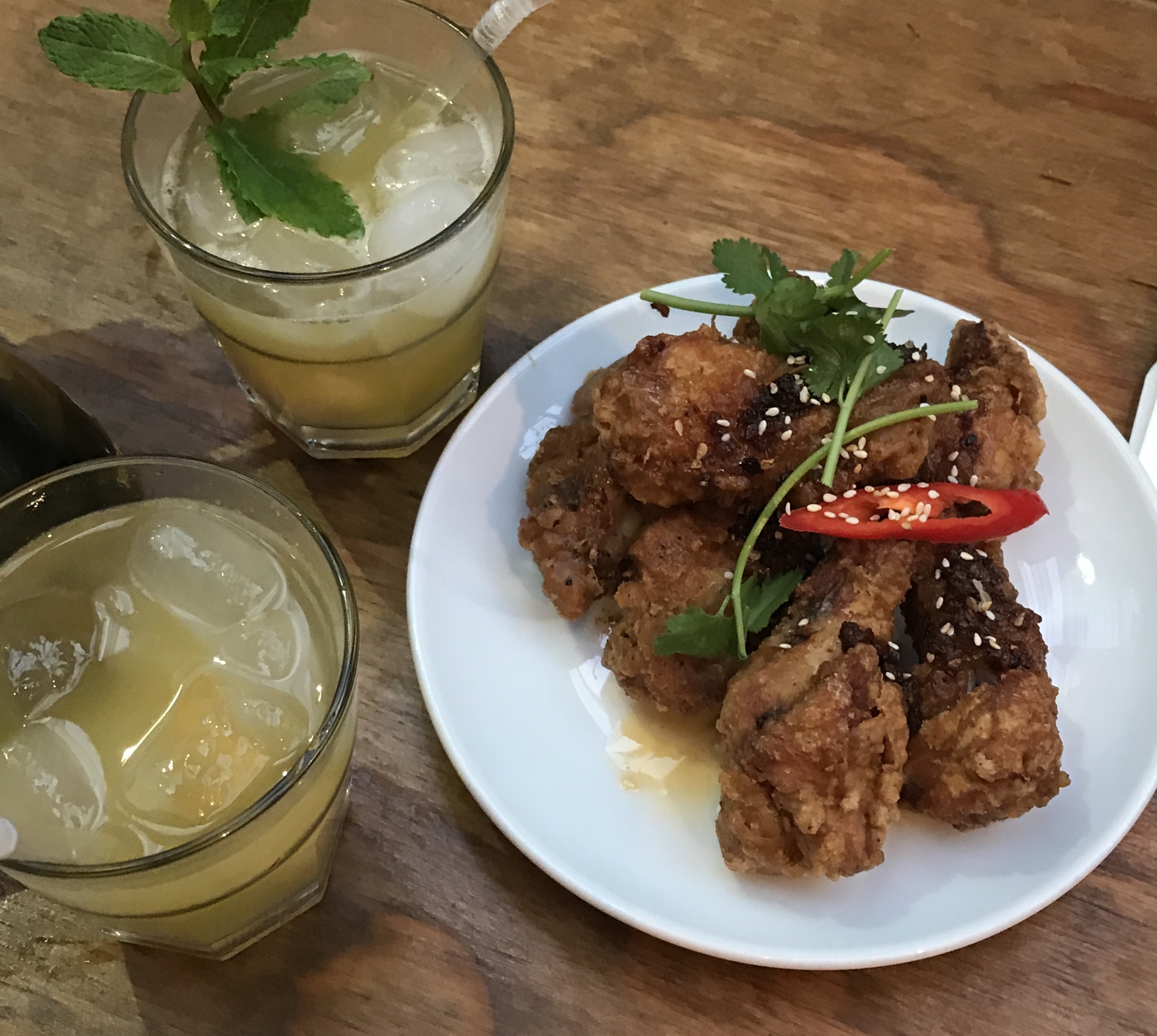 It was delicious, and it felt very nutritious, and like it was probably far healthier than ramen. But alas, ramen it was not, so sadly I have to rate it RAMEN (1 out of 5, and that’s just for the wings and the cocktails).

FYI, there is something to do with free noodles on their Instagram at the moment.