I depend heavily on “Top 20 ramen joints in [city]” articles to narrow down the options for me. That’s how I discovered Ruckus Ramen in Boston, which appeared in this Thillist list.

I had arrived just as they were opening, so I was awkwardly the only patron for a little while.

I also missed the instruction to order at the cash register (check me out using Americanisms) so there was a bit of a standoff whilst both sides waited for the other to make a move. Eventually, I placed my order for tempura pickled Padron peppers and the Tori Paitan ramen, mainly beause it was heralded as a ‘crowdpleaser’ in that list I found.

The Padron peppers were delicious, salty, sour, crispy…everything I like! 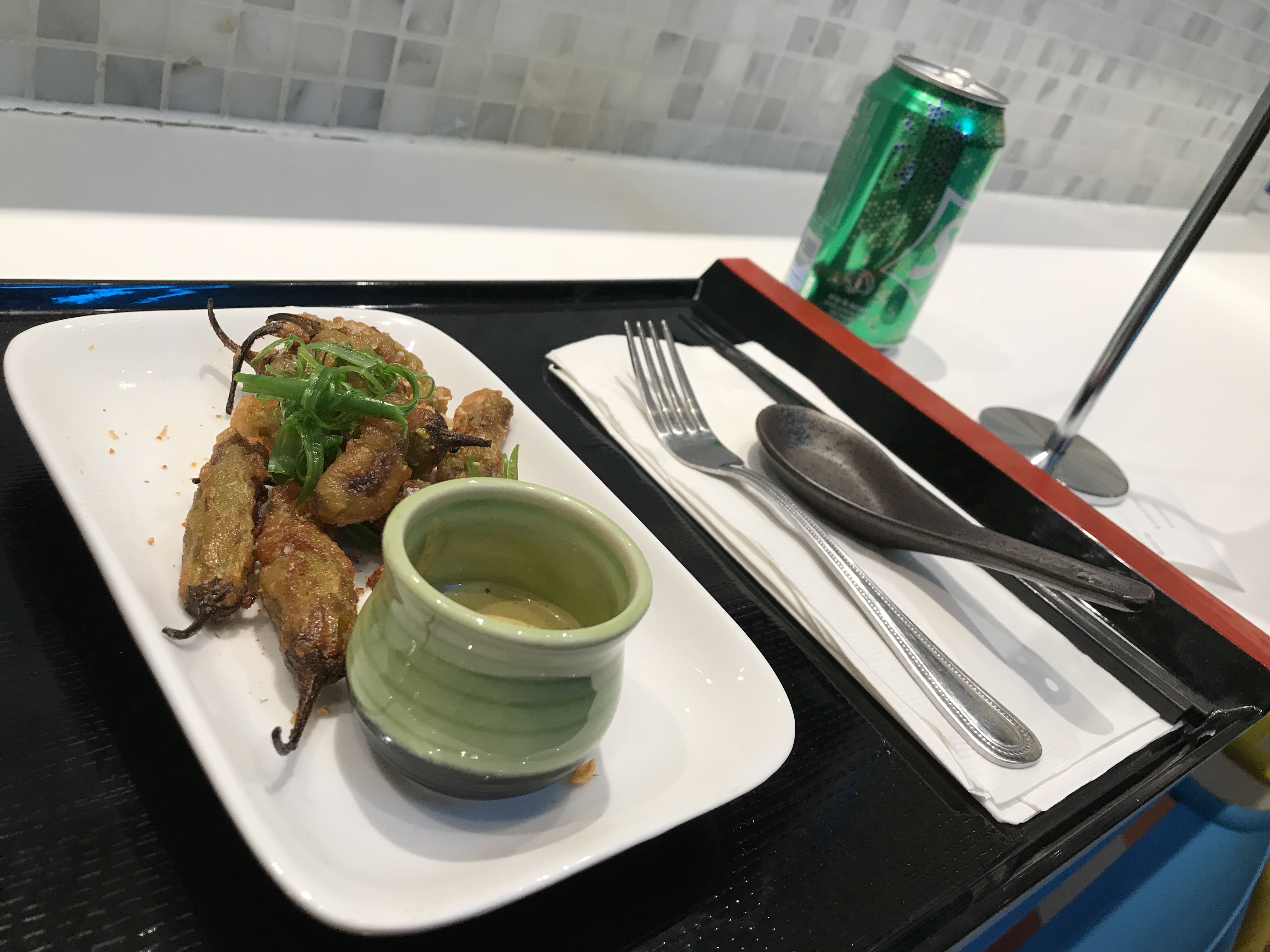 However, I was disappointed when it came to the noodles. Not because there was anything wrong, but I definitely ordered badly. 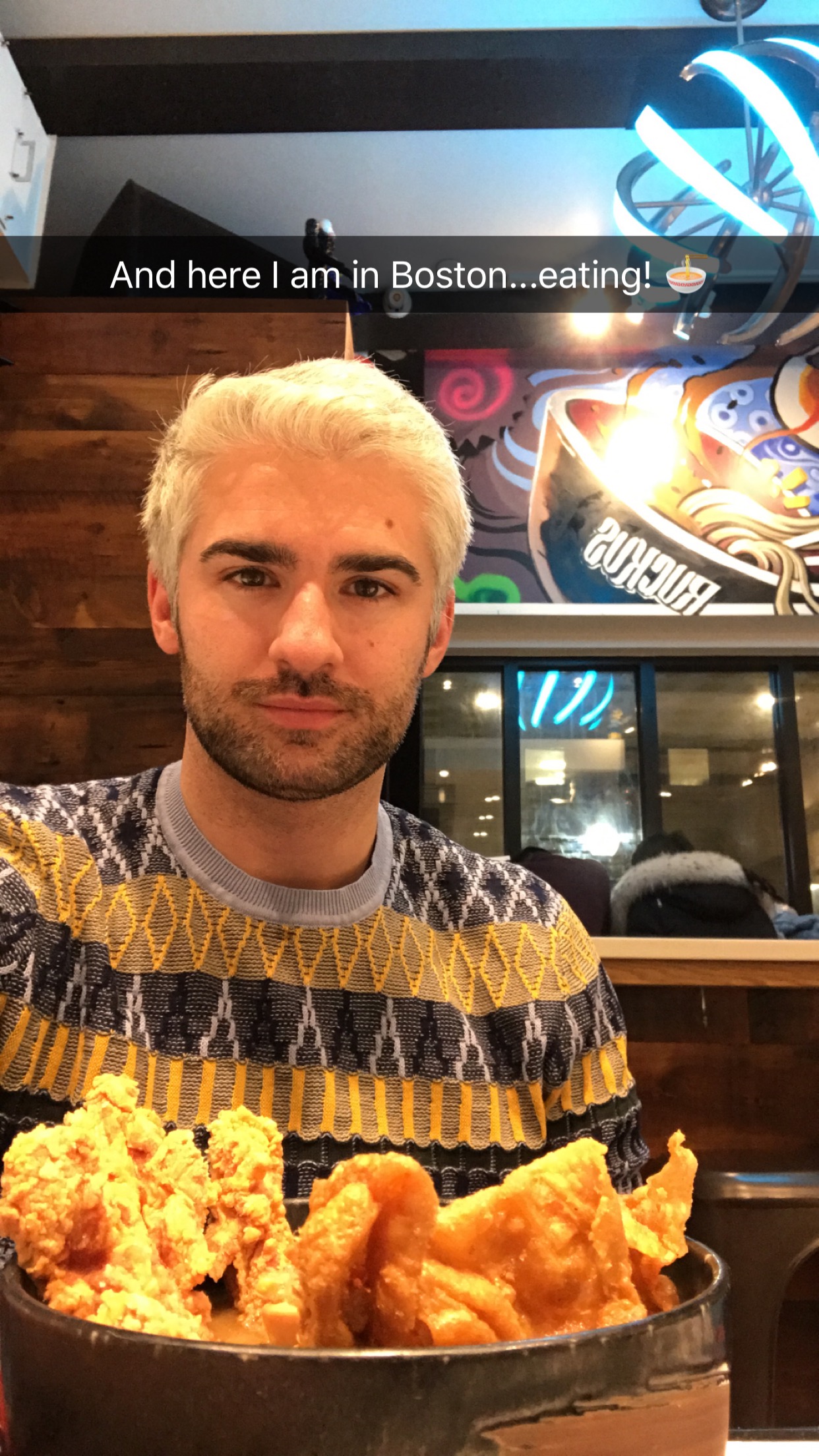 I was seduced by what Ruckus call ‘swag’ but everywhere else calls extras. I’d pimped my ramen, with something called an umami bomb, and friends, it bombed. 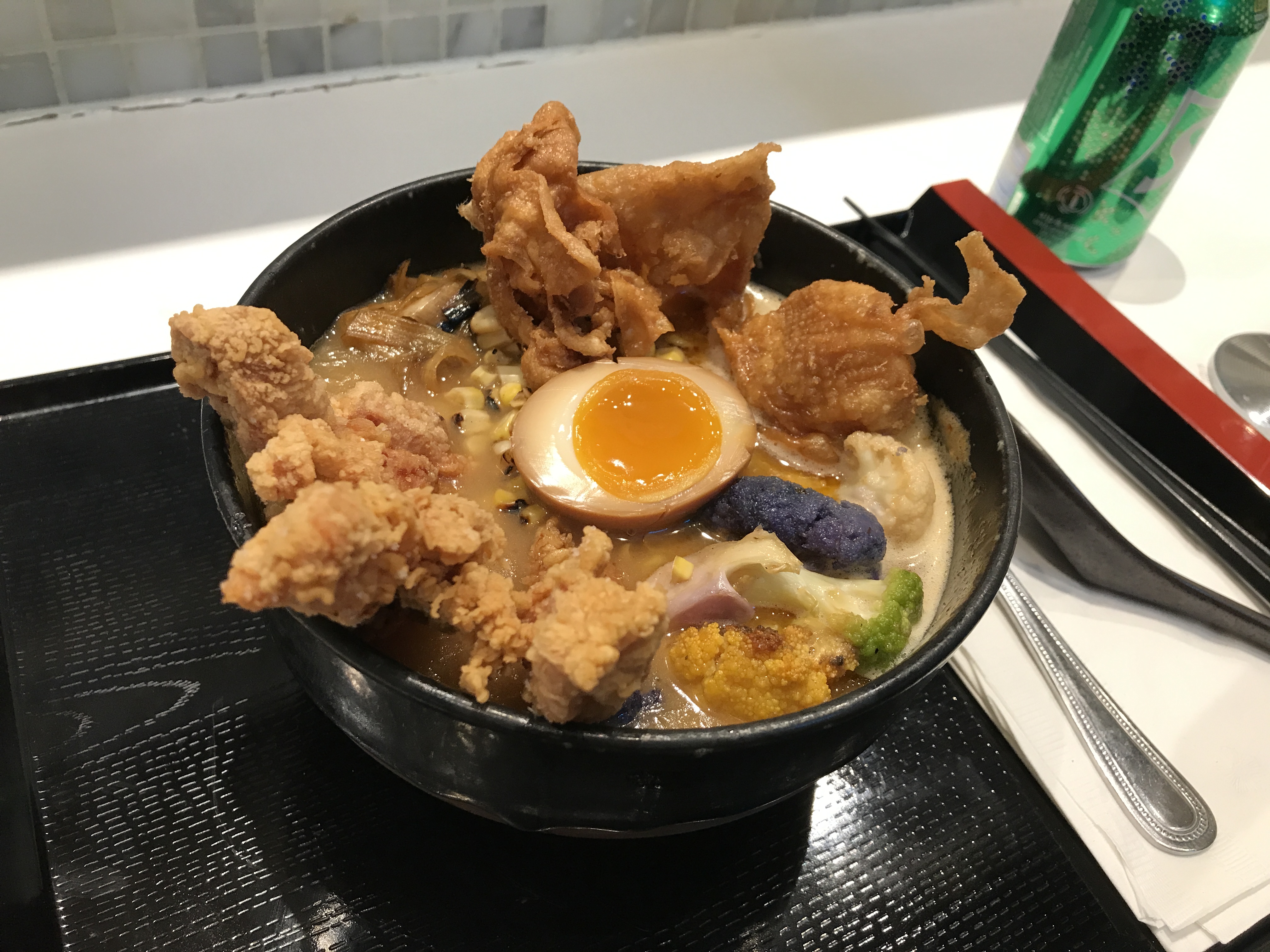 The crispy chicken skin was not, and it just made the broth gloopy with collagen. Unfortunately, I was unable to finish it because it was just too thick.

That aside, heritage cauliflower was an interesting topping and something that I would try again.

Looking back there are other things on the menu which I should have ordered instead (step forward black garlic mazeman) so, the moral of this story is definitely to take time to read the menu in detail!

It seems unfair to rate Ruckus badly due to inept ordering, but if you’re going to force me I’d give it 2/5.