For lunch at a work event yesterday it was a toss-up between cheese sandwiches with curly edges, or literally anything else. So a colleague and I dashed over to Flat Iron Square in London’s glittering Southwark to grab a quick bite.

Flat Iron Square is one of those trendy ‘food hall’ type places where there are lots of different types of ‘street food’ under the same roof. Notice those air quotes – because I feel like these are just new words for things that existed before.

Tatami Ramen was one of the busiest places there, but I literally only had to wait a matter of minutes before my Pork Tonkotsu order was up on the counter for collection. 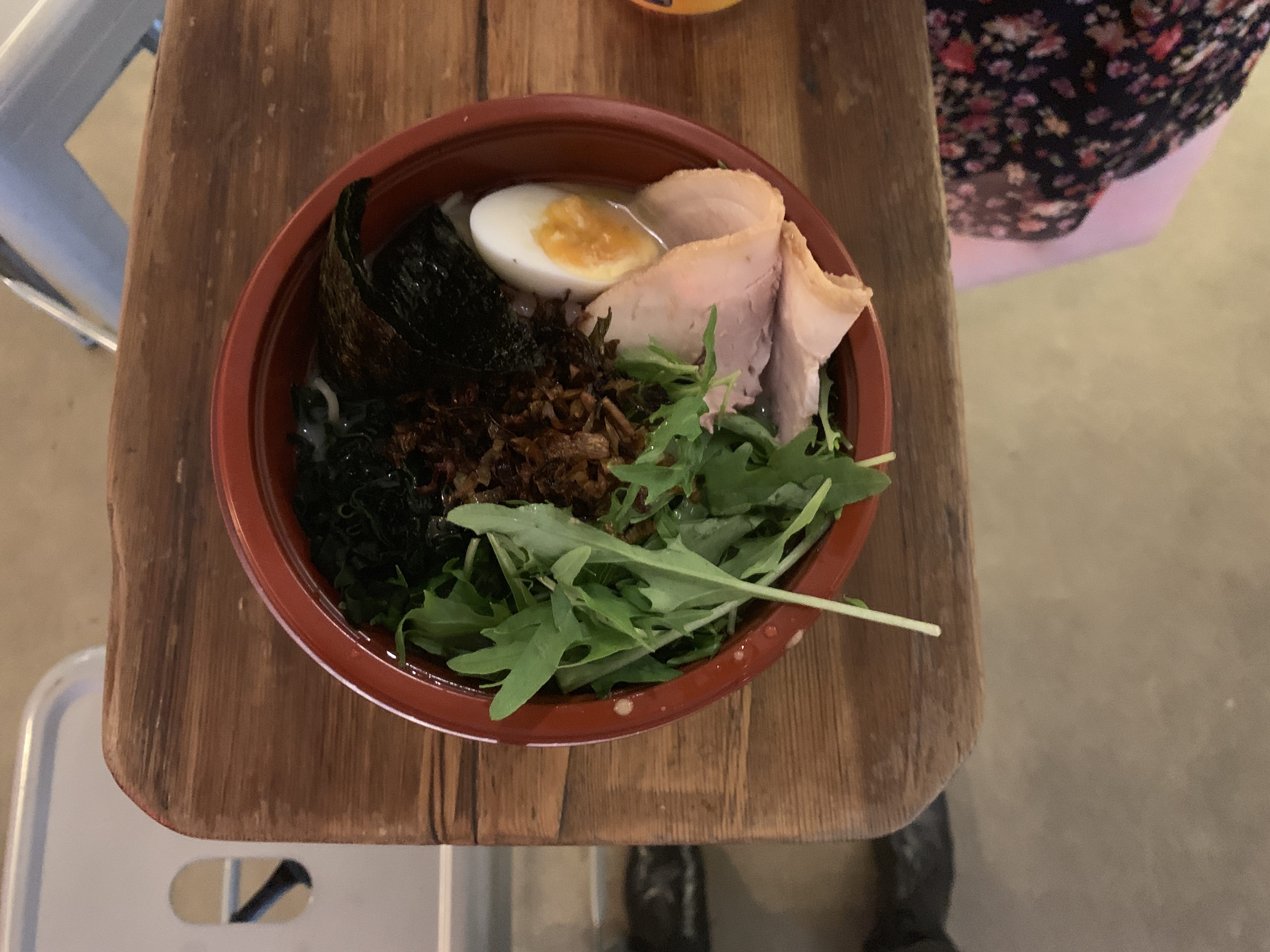 For takeout noodles they were actually pretty good – the broth was salty and creamy, and there were two sheets of nori rather than the standard one, and a handful of rocket. A bonus topping, which I didn’t see listed on the menu, was crispy onions, which gave a subtle caramel sweetness.

Also, because I’m bad at cropping photos, you also get to see my shoes and a little bit of Sophie’s leg!

The noodles themselves were a tad on the soft side, and as you can see above, the egg was a little overdone; but as a quick snack, you can’t really fault Tatami.

Also worth pointing out that whilst £8 for lunch is probably a bit on the steep side, I think that is the cheapest ramen that I’ve found in London in 3 years of ramen adventures.

I’ll definitely go back (I want to try the vegan ramen, which has a kombucha based broth because hipster!) and would definitely recommend if you’re at Flat Iron Square, or just in the general London Bridge area and need a bowl of ramen!