How Sky described the episode: As the cyberattack jams communications, the Prime Minister convenes an emergency COBRA meeting following the devastation in Kent.

It’s a weird description because there seemed to be at least two COBR meetings in the first episode. But imagine. A Prime Minister that is quick to convene COBR.

Recently the UK Government published Coronavirus: lessons learned to date. This report notes that “during the pandemic, COBR was not functioning as effectively as it should have been” and heard evidence from Dominic Cummings that the meetings were “not conducive”. Something else that’s not that especially conducive is when the Prime Minister doesn’t turn up for five meetings.

The national crisis response machinery cannot be dependant on one individual and incident response shouldn’t hinge on national response arrangements. However, those arrangements are a vital part of demonstrating leadership, so seeing Robert Carlysle’s get an early grip is encouraging.

The COBR meeting starts with a situation update. That’s a helpful way to start this kind of meeting, to ensure everyone is operating from the same information. This is known, as the Commonly Recognised Information Picture or the ‘CRIP’. Although, I must tell you that, in my experience, the Cabinet Office are very protective over that terminology – just take a look at what their own Emergency Planning College website has to say.

What strikes me as a bit odd is that in the show the COBR facility has some really lovely display screens, which are just used to show the government crest, rather than anything useful.

We get a bit more about the cyberattack, that the hackers have found a zero-day vulnerability. This essentially means hackers take advantage of software using a flaw that is not known to developers, so they have no prior knowledge of the risk or available patches. This means it can take a bit longer to resolve.

Some cracks are beginning to show in the Cabinet team. Like in Season 1, I do like that they are showing these characters as complex people with their own baggage. 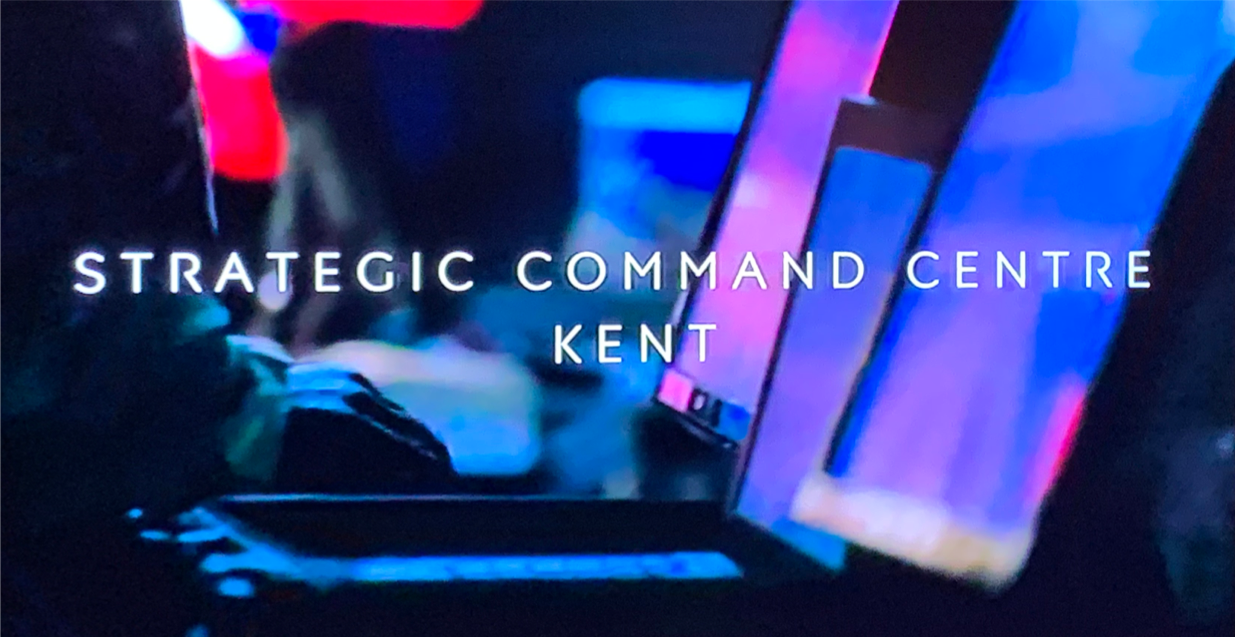 The action switches over to Kent, and to the Strategic ‘Command’ Centre. This is shown as being in a hangar in an airfield. Whilst it’s not impossible that would happen, but it is very, very unlikely. Oh, and ‘command’ in this sense is incorrect. The proper terminology is a Strategic Coordination Centre. This reflects that whilst organisations may have ‘primacy’ for different functions, there is no one organisation with ultimate ‘command’.

Typically TV dramas choose locations that have little bearing to reality, so it’s impressive attention to detail to see an exterior of Victoria Street just before they cut to a scene set at the Labour Party HQ.

Incidentally, there are a lot of side-eyes being thrown in this episode. It’s building up to something. I can sense it.

There are so many thanks going wrong at the moment it’s hard to keep up. That’s also a factor in real-life emergencies. They are incredibly dynamic and ascertaining a good overview of what has happened can take some time.

I can’t figure out what has been hacked. Which underlines a real life challenge I suppose, determining the scale of an incident can be tricky. Trickier when you can’t communicate. #COBRAcyberwar

The disruption to communications is a key concern. We’ve had a bit of information about phones and emails, but there hasn’t been much said about data. There are some contingencies available, such as RAYNET, although these fallback systems often don’t have the capability of other systems have and generally don’t have high levels of familiarity. So it’s not a perfect solution.

Why haven’t any of these organisations thought about mobilising RAYNET? #COBRACyberWar

There is a ‘missing people’ board in the SCC. That also seems a bit misplaced and would be more likely to be seen as spontaneous posters and flyers attached to relevant local buildings, rather than in the ‘command’ room.

And finally, the line of the episode, massively understates just how complex and time consuming the period after the emergency response can be. I doubt we’re out of the woods just yet.

There was a lot of plot happening in this episode, and not much emergency management to pick out. Hopefully, we’ll have a bit more to say after episode 3.