Can you believe a whole week has passed and we’re back for another exciting instalment of Sky’s ’emergency management’ show COBRA!

Here’s the blub for the episode: COBRA is assembled when fresh disaster strikes, as a breach in Dover suggests an insidious threat. The PM’s strategy is tested.

The episode opens back in Kent, this time at the Port of Dover. Border Force security guards are discussing a vehicle which they expect to test positive for radiation because it’s carrying declared radioactive cargo. When it doesn’t it alerts them that the radiation scanning system is non-operational.

We cut to Whitehall where an emergency briefing has been convened and GCHQ representatives announce that the Cyclamen scanners are offline, “the only defence to protect against terrorists driving a dirty bomb into the country”. This could, or could not be connected to the other instances of cyber hacking that the team have responded to in the previous episodes.

Programme Cyclamen is a collaboration since 2003 between the Border Force and the Home Office to detect the transport of illicit radioactive or nuclear material moving through British ports of entry. It covers air, rail and seaports, and scans vehicles, cargo and passengers. You may have seen some of these scanners depending on how much attention you pay when travelling. 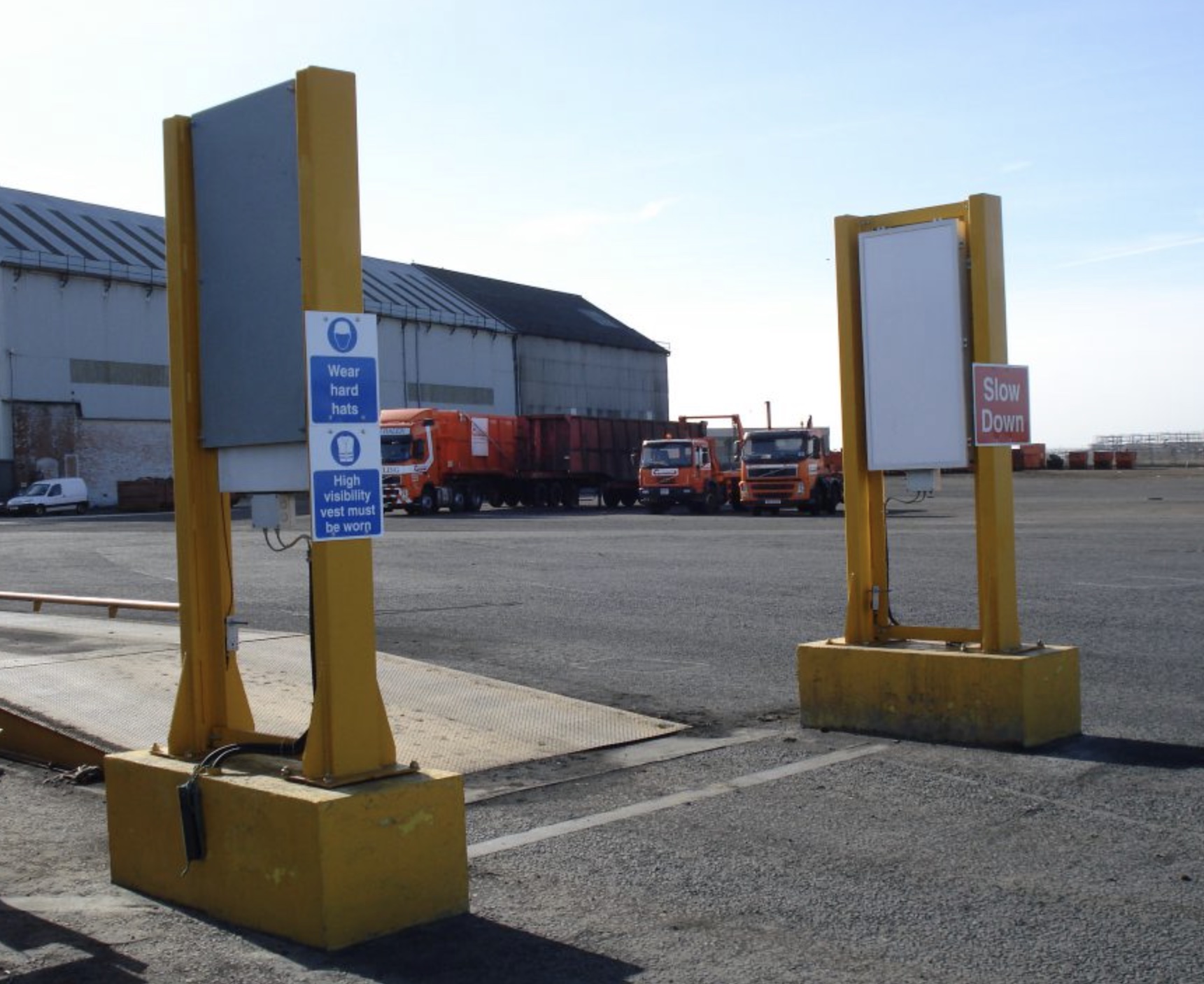 The decision is taken that all port operations at Dover, the only port affected, should cease. This is probably a very wise decision. It’s not clear how long this has been an issue, but taking this action ensures that from that point any radioactive substances being brought into the country are contained to a small geographic area. However, as the team discuss, the implications of closing a port are significant, with impacts to supply chains being the primary issue.

Fraser, who is the Head of the Civil Contingencies Secretariat, remarks that ‘contingencies’ for the continued supply of fresh produce have already been put in place. There’s no further detail given on this, and I suspect that it’s too soon into the incident for that to be anything more meaningful than the port operators implementing their surge capacity plans, to manage the backlog of arriving freight ships.

The Prime Minister is concerned about the public reaction to this news, and in the shadow of the recent real-life issues experienced with petrol and diesel, makes a very astute observation that even if there is no supply issue, there could be panic buying, going as far as to say “I want that port open again before there are riots in Tesco”.

Sidebar: colleague Chris Cocking wrote a brilliant blog post in 2020 which covered the ‘panic buying’ behaviour in the first COVID lockdown which I recommend reading.

In five hours 1,027 vehicles passed through the port without an effective scan. That’s actually pretty good quality information, it’s timely and likely to be accurate, so although it’s a lot of vehicles that need to be located, at least they have some idea of the scale of the problem.

A CCS official (the same one who was last seen floating presumed dead in the North Sea) has already been getting to grips with the data and has issued information to regional police services. It seems unlikely that this would be a CCS task, but maybe this is what the National Situation Centre will be getting up to behind their new curtains. Either way, one vehicle originating in Ukraine has been identified as being a particular risk and quicker than you can say CBRN, there is a fully equipped team (complete with armoured vehicles) intercepting the truck.

Inside are radioactive blueberries! This sounds a bit far fetched, but this is likely based on a real incident in 2016 where berries grown near Chernobyl were exported. The COBRA attendees are concerned that this could affect public confidence both about the Government’s handling of the situation as well as on healthy eating.

Do the beneficial health effects of a blueberry outweigh the effects of radiation? #COBRAcyberwar

In response to this communications concern, a suggestion of ‘slapping a D Notice‘ on the media is suggested only to be immediately shot down.

We’re a good while into this week’s episode before they bring in the political drama, which is refreshing because the last episode was a bit heavy on that.

Our friendly analyst has discovered a problem with one of the missing trucks. Nothing more at the moment, but I suspect this isn’t the last we’ve heard about it.

An online activist is beginning to post information about the ‘nuclear berries’ which causes the Government to get twitchy, but the Prime Minister is probably right to wait for confirmation of all testing rather than speculate. In the absence of Government communications, there are instances of empty supermarket shelves, an increase in people drinking detergent and ‘mobs’ gathering and causing disruption at other ports.

The missing truck hasn’t been identified beneath Waterloo Station and ‘it doesn’t look good’. A Military CBRN team go in to investigate and identify an ‘off the scale’ level of radiation emanating from the truck. Based on this the advice to the PM, which is accepted is to seal off Central London.

My own view is that I think that is a bit of an overreaction based on what they know at this stage. If they had information also suggesting the presence of explosives then I think some limited safety cordon would be appropriate, as well as stopping train movements in and out of the station. My other issue is that so much of this would be operational information that the COBR team wouldn’t have in real-time. In reality, this response would be led by the Military and Police, briefing upwards to COBR via their ministers, but that takes time.

On further investigation, it turns out that the high levels of radiation are coming from a dead body inside the otherwise empty truck. Who is it? How did it get there? Who is responsible? These are all questions the PM has just at the episode ends, with more to follow in future weeks.

I’m not sure if Episode 4 is now available again. After the murder of an MP recently, Sky decided to pull some episodes of the series from broadcast out of respect (which perhaps is an indication of what is still to come). Stay tuned!