How Sky pitched this episode: Sutherland, Anna and Fraser head to one of the worst affected areas. But whilst the PM is away, Archie causes problems.

The story so far:

I’ve mentioned in previous posts that the Cheif Constable seems to be getting a lot of the jobs, now he’s interviewing a survivor of the attack at the university.

The Prime Minister is keen to get himself up to Northumberland to show his support. Emergency plans often don’t reflect this, yet it’s almost a given. It’s surprising just how much effort it takes to organise this kind of ‘VIP’ visit to avoid clangers like the minister getting stuck on the wrong side of a collapsed bridge or whatever.

Sidenote: a significantly different take VIP visits was explored in the Aberfan episode of The Crown.

Anyway, we learn that the power has been off to some areas for around a week and travel restrictions are in place for the North East of England which has been designated a Red Zone.

Red or Hot zones are used in scenarios such as chemical incidents; quite what it means in this context is unclear at the moment.

In the event of a widespread power outage, National Grid has an obligation to be able to re-energise the electricity system. This is known as a Black Start event. The process of restoring electricity supply is complex and, as the chart below shows, it’s likely that power would be restored in a patchwork way rather to everyone at once. The Press Officer sort of mentions this, when he talks about continued ‘brown-outs’. 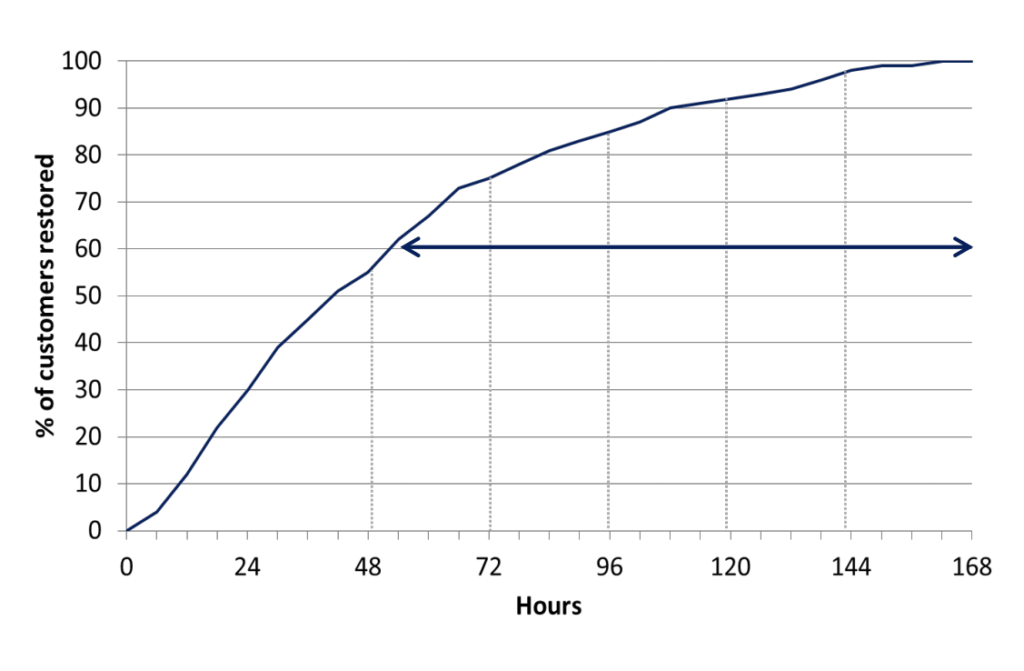 I find it hard to picture a situation where people in the UK are required to ‘walk miles for food and shelter’, but the point about conserving fuel for priority use seems reasonable, although I think this is a fairly poetic use of the National Emergency Plan for Fuel.

Remember the ‘Red Zone’ from a moment ago? Well, it turns out that it’s just because they’ve circled the affected areas in red (and blue and yellow) on their internal papers. 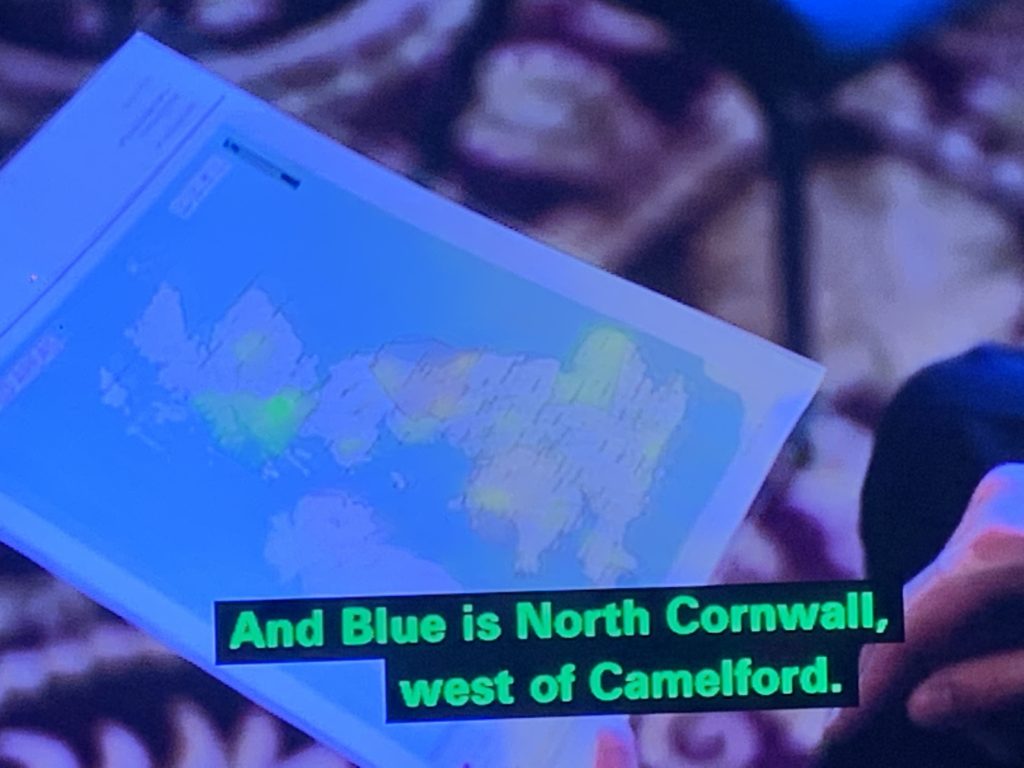 At the hospital (apparently, the only hospital affected), we see 40 tents on the parking area and hear reports of 2000 people seeking refuge there. That doesn’t feel very realistic. Yes, those people without power would need to go somewhere, but I think it would be sensible to locate that kind of facility further away to avoid potential issues (like the one we see later in this episode where an angry mob assembles).

Agree. Very poor. #sky #cobra. Why did all of those people need to be in tents at the hospital? They had no power they hadn’t lost their homes! Absolutely lack of sense and continuity!

My own view is that our preparedness in the UK is poor for setting up this kind of camp largely because of an ‘it won’t happen here’ attitude.

There’s a grim scene where a man is attacked by people who mistake him for a convicted criminal. Once again, it’s up to our friend the Cheif Constable to break up the fight (why didn’t they just turn off the ignition of the motorbike?).

There are a handful of persistent myths, one of which is that ‘disasters bring out the worst in people’. In fact, the opposite is usually true; people are usual prosocial rather than antisocial.

That sense of stoicism and togetherness that people exhibit in adversity can often be referred to as Blitz Spirit, an example of which is below.

However, this is a clunky application of a complex social phenomenon. Ultimately though, The Blitz didn’t solve existing social problems. So COBRAs depiction of racially targetted attacks does, sadly, feel realistic.

“This is a PR disaster?” Is it the job of fictional Press Officers to state the obvious? How is this helping the situation?

After seeing the man who has been injured, the PM takes it upon himself to address the baying crowd. He makes a quip about ‘people throwing things needing to have better aim’. In my experience of these types of public meetings, this type of remark is very likely to have inflamed the situation to the point of disorder.

He rounds off with “I promise you, we will turn the lights on again”. For series two (if it’s recommissioned) they need to engage American scriptwriters for these state address moments, they’re better at the poignant politician than we are.

I found this episode much harder to blog about. It was more about establishing the political tension between the Prime Minister and the Home Secretary and fleshing out a couple of the Civil Servant staff, less about the response aspects. I hope that’s not the general direction of the rest of the series.