Elon Musk’s arrival at Twitter was already something to be concerned about. The option to purchase a verified account was a major sign that things were hanging in the balance. Then he started with the all-staff emails and layoffs (which look shonky in terms of employment law). For emergency management this raises all of the red flags; sounds all of the alarms.

There’s currently a lot of doom on my timeline; and in classic twitter style, a lot of memes! If anything, I’ve noted a slight reversal to the Twitter of old, more conversation and camaraderie.

I joined Twitter in 2009 and have been a heavy user ever since. It’s become my go-to place for information of all kinds, as well as how I’ve built connections and friendships.

The anticipatory grief about the loss of Twitter is real. My hope for Twitter is that the disruption settles. Similarly to my hope for the NHS, it’ll reform, rebrand and things will change, but it will ultimately endure. However, on both counts, I think it’s a case of wait and see…

In an attempt to avoid doom-scrolling here are some quick thoughts about Twitter highlights in an emergency management context. (Note: I’d typically embed tweets but with the speculation, I’ve included screengrabs instead)

The shift from having TV news at programmed intervals to rolling news channels in the late 1990s was huge. Those channels then had to find content to fill their airtime, and so emerged the idea of ‘citizen journalism‘. This was linked to rapidly increasing access to mobile phones which gave journalists the ability to speak to people in the midst of a breaking story.

The rise of social media was another step change in how we consume news. The speed and scale of Twitter (and perhaps the original ability to send tweets via SMS) made it the place for breaking news and a kaleidoscope of real-time updates.

As an emergency manager, this is extremely helpful to help us build ‘situational awareness’, and we enhanced our skills in verification and validation to process information from a wide variety of sources.

For major broadcasters and publishers, Twitter is still a major part of their newsgathering strategy. Both they and viewers will need to adjust to another new way to consume news.

Where it all began (for me at least)

One of my earliest Twitter memories relates to the terrorist attacks in Mumbai in 2008, and I’m not alone in that experience:

Countless disasters and crisis events since have been live-tweeted. I couldn’t list them all, but the replies to this post do more than I would ever be able to collate.

Even pop singer @OllyMurs tried to get in on sharing disaster news in 2017.

With Twitter emerging as a place for breaking news, there was an early adoption by Emergency Managers.

Communities developed around shared interests and found new ways to have distributed and often asynchronous conversations.

Twitter allows us an insight into users’ lives, or at least what they choose to share. Whilst this hasn’t always been a good thing, and some people have been better at it than others, here are some things I think are good:

Quite how effective Twitter-only campaigns are is a bit of an unknown, but there have been a variety of long-running initiatives to leverage social media to spread awareness. This is important because it represents a change in approaching these sorts of campaigns – meeting people in the spaces they are already using. 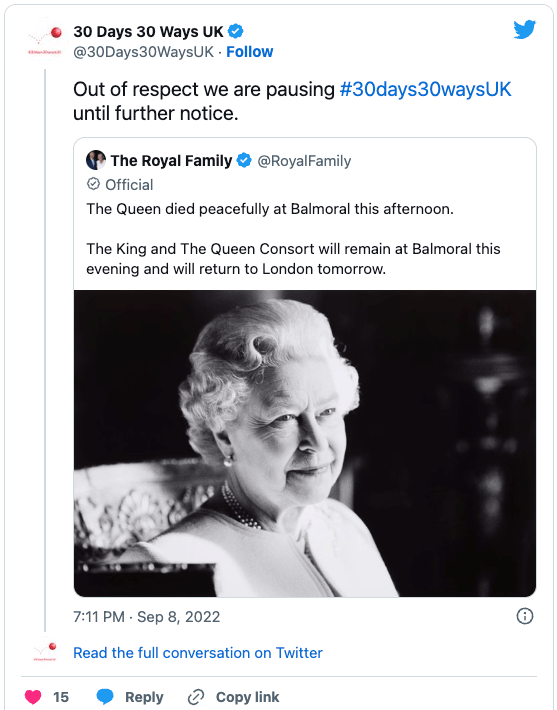 Disaster Memes and other fun things

The post-disaster fake news shark became a common theme, with some notable sightings in the floodwaters of Sydney in 2014, Houston, Texas in 2015, and then Belfast in 2017. People became wise to it though and called the UK Government out when they posted this: 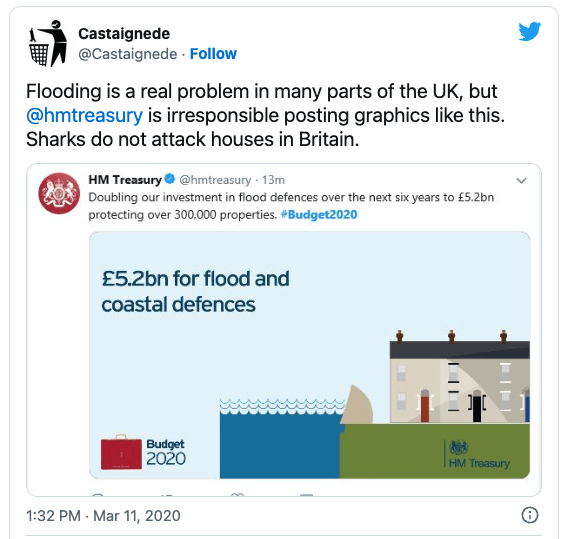 In case you were worried about its welfare, the post-disaster shark was most recently spotted back in Sydney in 2022… 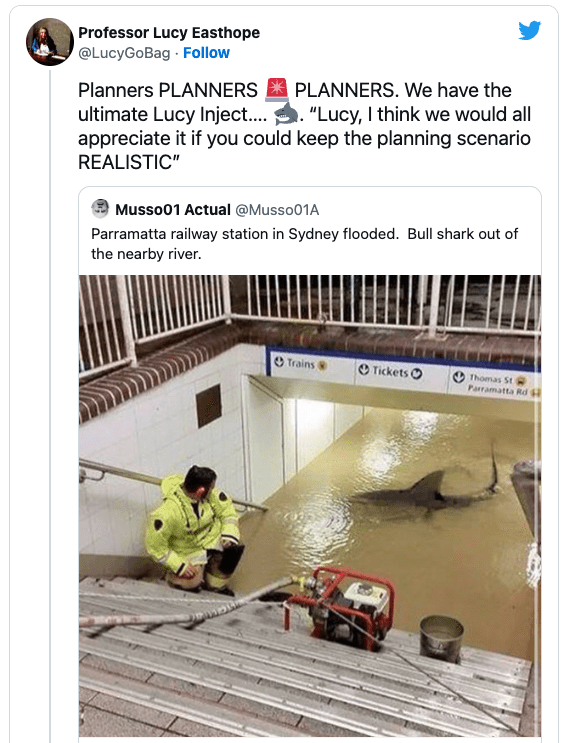 And what would this post be without reference to the original disaster meme and link to the Quarantelli Meme Thread? 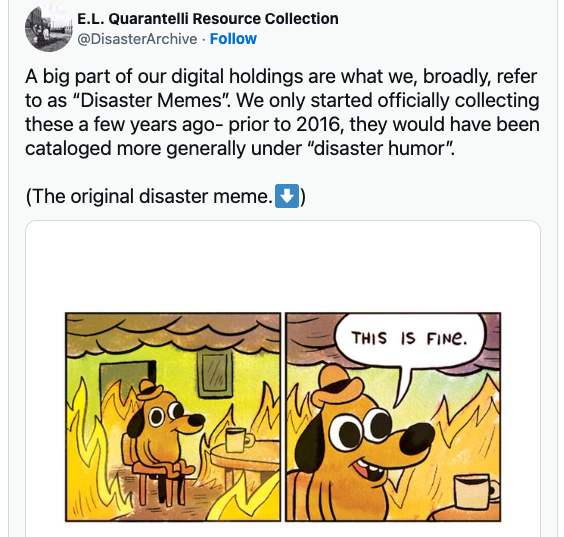 Without Twitter, would we have had such scintillating office conversations as “is the dress blue and black or white and gold‘ or ‘are there more windows or doors in the world‘. And not forgetting this mic-drop moment (the actual tweet has been deleted but this fan account continues its legacy)!

Crucially, perhaps most importantly of all, Twitter has been a support channel, especially in times of trouble. It has helped people to connect with their tribe to discuss issues, seek advice, build confidence and form friendships.

Sometimes tribes have clashed, and Twitter’s inaction to combat hate speech (and provide a solution to the edit button saga) is certainly a factor in the platform becoming more adversarial. However, in my experience, the good times massively outnumbered the bad. 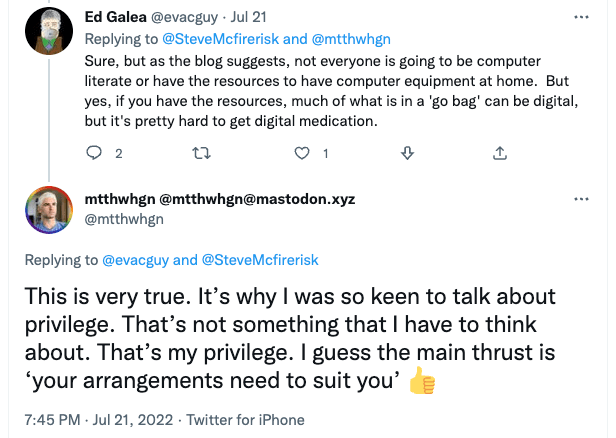 I’ll be sticking around on Twitter for as long as possible. I don’t think the alternative platforms offer the same experience. However, as a good contingency planner, I have now got an active account on Mastodon, which I’m learning to use and connect with other twitterers in exile.

How have you used and seen Twitter used in emergencies? What are your highlights and what do you think will happen next? Share with me @mtthwhgn…for as long as you’re able!