From one off exhibitions and sample sales to short term high-concept bars and restaurants, the trend for temporary, ephemeral retail and leisure has gripped London, and many other places, in recent years. 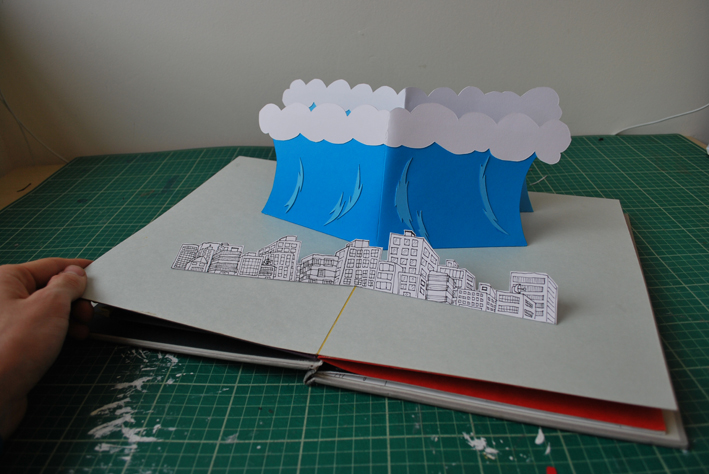 The cynic in me knows not to be drawn in by the marketing and hype, but then I get a serious case of FOMO and hop aboard the ‘for a limited time only’ train. From eating deep fried crab in petrol stations, to sipping rum from watermelons in a faux 1950’s holiday resort; it’d be fair to say I’ve participated in the trend.

However, it wasn’t until this week that I thought about transitioning this from a retail context to resilience.

Emergent behaviour in response to disasters is nothing new. There are countless stories of unplanned, improvised and spontaneous responses which should give us all a warm feeling: despite not knowing our neighbours, community spirit really is alive and kicking.

Perhaps though, there is room to develop, enable and facilitate these pop-up responses in the event of an incident? Are there any lessons to be learned from retail for our own pop-up planning, both within the responder community but also at the individual and community level?

In a study conducted in 1983, Quarantelli identified a typology of emergence, shown below.

Remember the London Riots Broom Army? The task was new, the clean-up of the mess and debris left by several days of consecutive looting and vandalism. The structures used were also new and so this would be classified as Group Emergence.

With the Volcanic Ash Cloud of 2010, people near airports offered spare rooms to stranded passengers – a new task (the provision of shelter), but using existing structures (people’s homes rather than camp beds in a village hall), giving rise in this case to Task Emergence.

Whilst this is a useful model for understanding different motivating factors behind emergent behaviour, as with most things, I expect there is a degree of overlap between the different groups, and it’s hard to classify all examples of emergence as just one of these types.

However, in thinking about this typology, where can we help enable emergence in the future? It’s easy to identify the ‘old’ structures and tasks, this is  what we do every day and in the way that we currently do it. Even identifying ‘new’ tasks isn’t that complex, as whilst they may not be everyday tasks, they’re likely to be foreseeable. I think it’s the identification of ‘new structures’ which presents the challenge. (I have a feeling that VOST could be one of these new structures, and I’ll get round to blogging more about the use of volunteers to support operations soon!) It’s easy to say ‘communities’ but who? What are the factors which make someone a community leader, how do they get people onboard with their vision? How do they coordinate spontaneous activity?

There is a tendency for emergency planners to seek to ‘control’, when actually that’s both extremely complicated and largely not desired by affected communities. We need to dispel two myths, that the public is incapable and that we can solve everything alone. There is going to be emergence in disasters, so we should include emergence in preparedness activities.