My Ramen Resolution ( to eat more ramen and blog about them) began life in 2017. Four years later, here I am still finding new noodles to devour!

For our work Christmas social we went on a treasure hunt around London’s glittering West End, and along the way we passed this incredible kinetic sculpture. I knew I would have to come back and find out more about Panton Yokocho!

The original branch is in Mayfair (ooh fancy!) and I haven’t made it there yet, but another branch on Panton Street opened recently above the Japan Centre, which is really the ideal location, especially when you’re off the the theatre just around the corner!

From the outside it looks a bit like you’re just walking in to a generic Zone 1 office building. The moving noodles from December had been taken inside, so there really wasn’t much to indicate we were in the right place. However, stepping inside was like being transported to the hustle and bustle of a the Tokyo back streets (note: ‘yokocho’ translates as alleyway).

Think neon lights, colourful lanterns, retro signage and a banging j-pop soundtrack. A little like this… 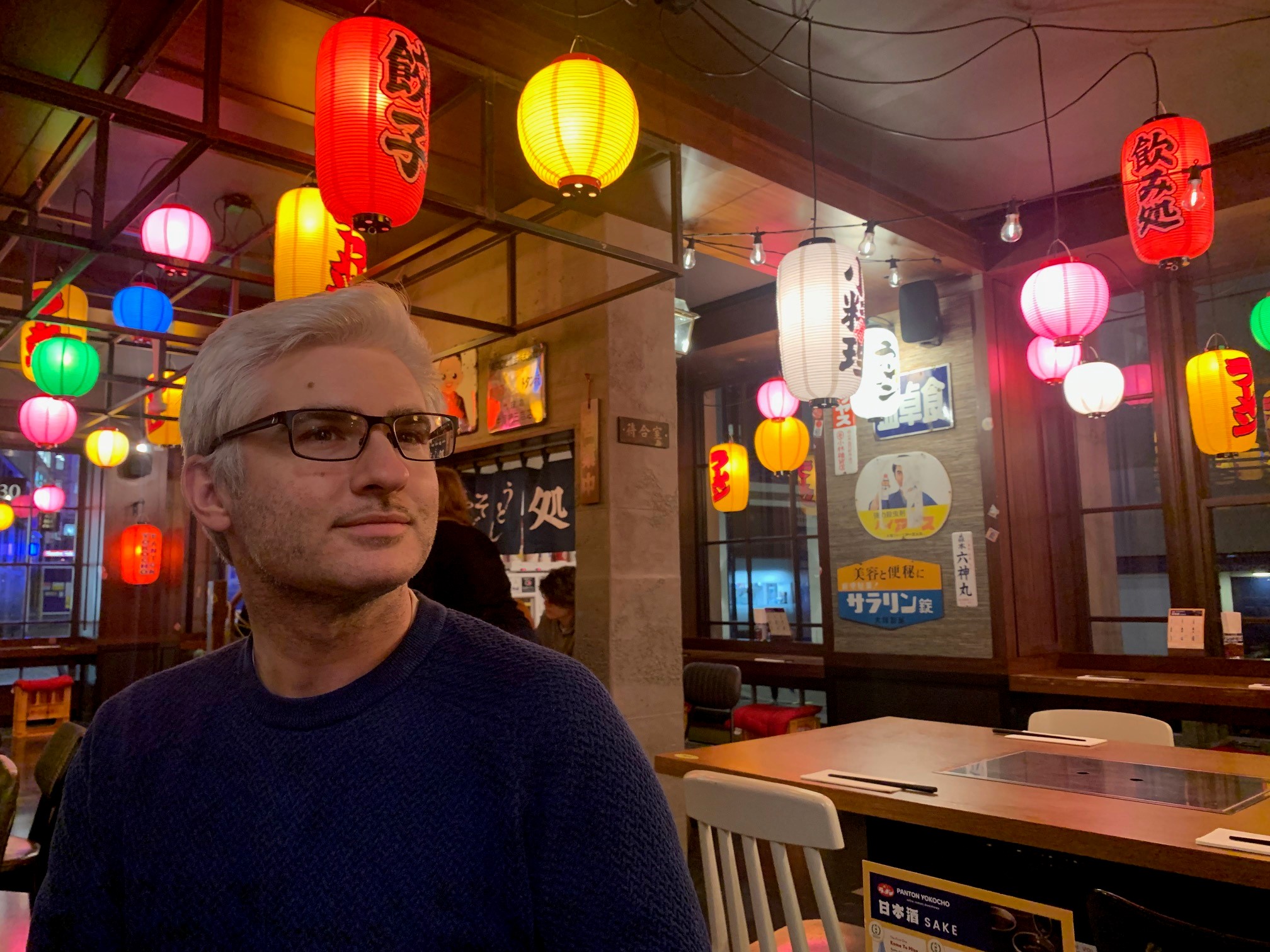 The menu concept is highlights of ‘regional noodle cuisine’, allowing you to sample different styles from across Japan.

I’d booked a table, but that seemed to confuse the staff a little, so I think it’s safe to say that walk-in’s are pretty popular.

To drink, we ordered a Matcha Detox (left, £6), which doesn’t appear on the online menus, so might be a special; and a Cedroni (right, £9), which is a take on a negroni, but made with tarusake rather than gin. I suppose this is to give additional woodiness, but to be honest I just enjoyed it and didn’t think too much about it. I was interested to try the sake flight, which seemed good value (£9) and the Blue Hawaii Melon Cream Soda, but they will have to wait for another day. 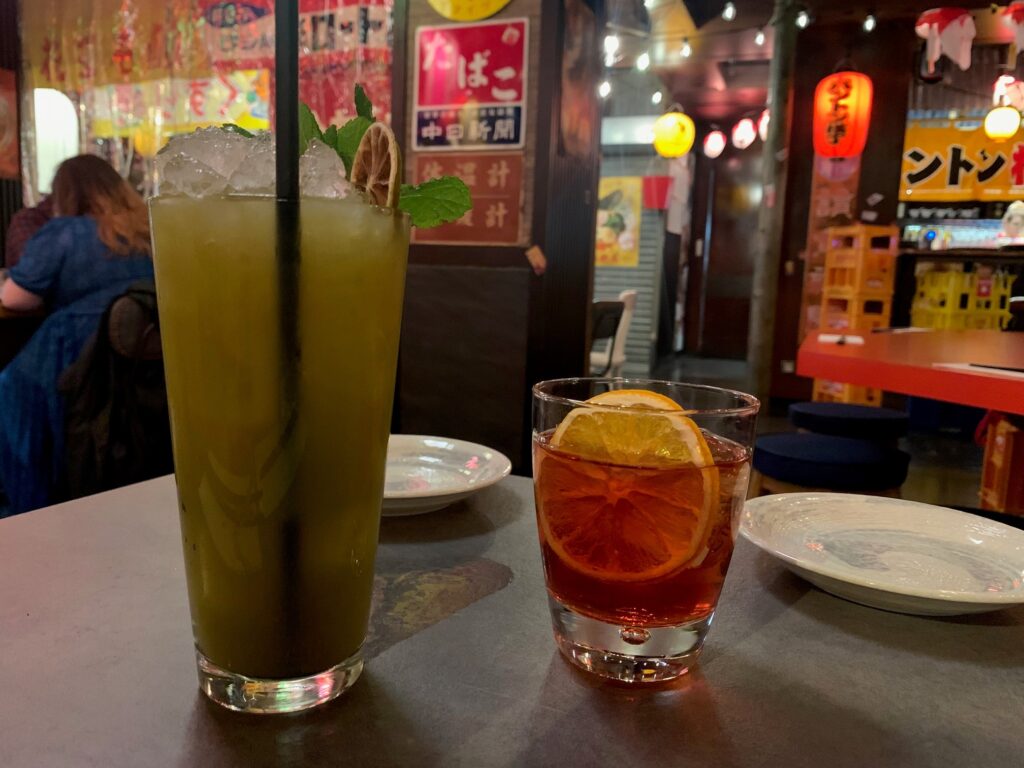 The food arrived all together, which I don’t hate, but it does mean eating things in a slightly funny order so that the noodles don’t continue softening, and can mean that the side dished get a bit cold. But remember that ramen is designed to be a quick meal. 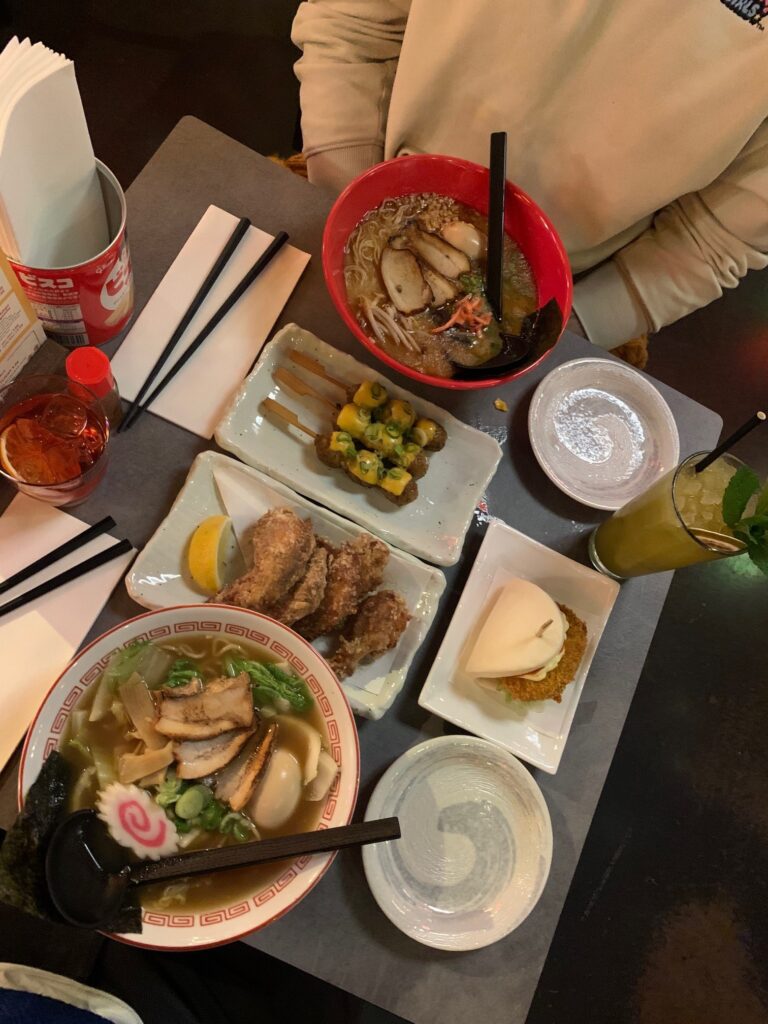 I don’t usually review the toilets in the places I go, but on this occasion they get a special mention too for the (deliberately?) badly printed martial art movie wallpaper, which I adored. 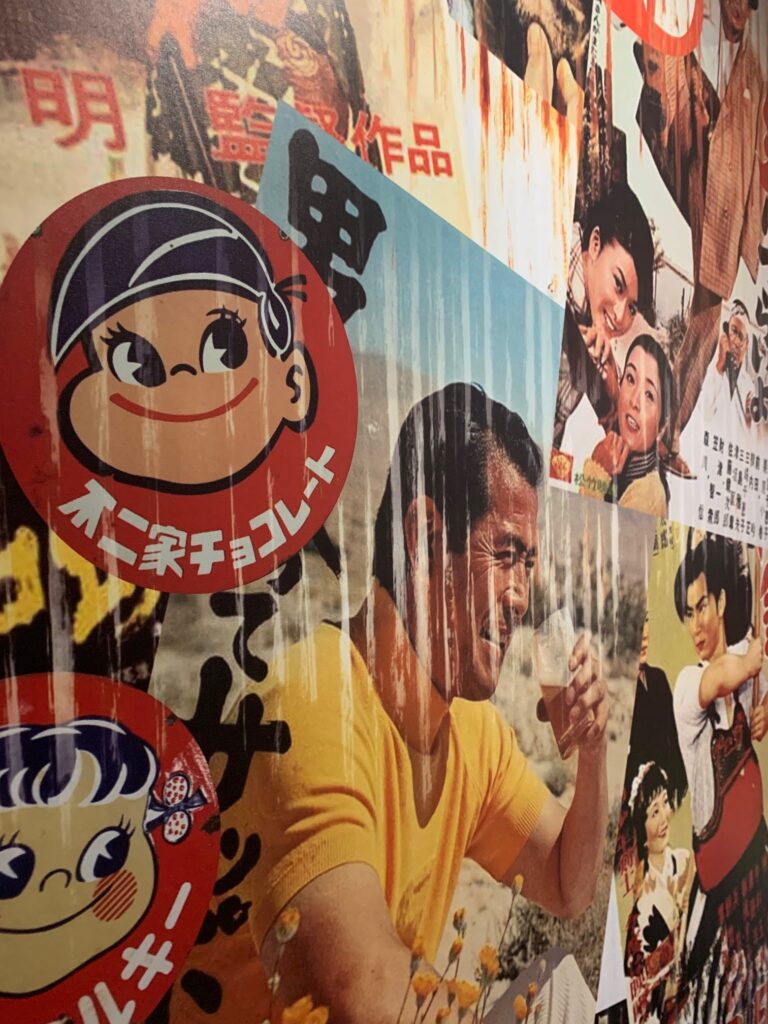 Overall, Yokocho was a little on the expensive side compared to other ramen joints, but this is about as central as it’s possible to get so I think there’s probably a bit of an uplift because of that. However, both ramens and the side dishes were great and would definitely make a return visit if I was in the area because you can also pop into the Japan Centre and pick up some cool stuff there too.

Here’s to another year of noodley goodness!